How do you cook your jackets?

Posted on 12th August 2020 by Christina Culora of UW 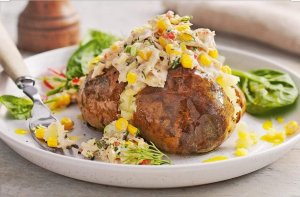 After a discussion about jacket potatoes with a friend, she talked about slow cooking them😳 I had to investigate as I thought surely cooking jackets in a slow cooker for 4-6 hours would cost more in electric than doing it in the oven for 1 hour (or more if you don’t use the microwave)…❌ I’ll happily admit I was wrong!

So I discovered that the slow cooker would be between half to a third of the cost!😱 and potentially a lot less depending on how long you’d use the oven for, what a saving!🎉😘

My OCD side is gonna come out now, so my calculations are based on the article linked below, by using the average price per kw/h in the UK which is 14.37p